Published by Stephen Kinzer on February 11, 2015 | Leave a response 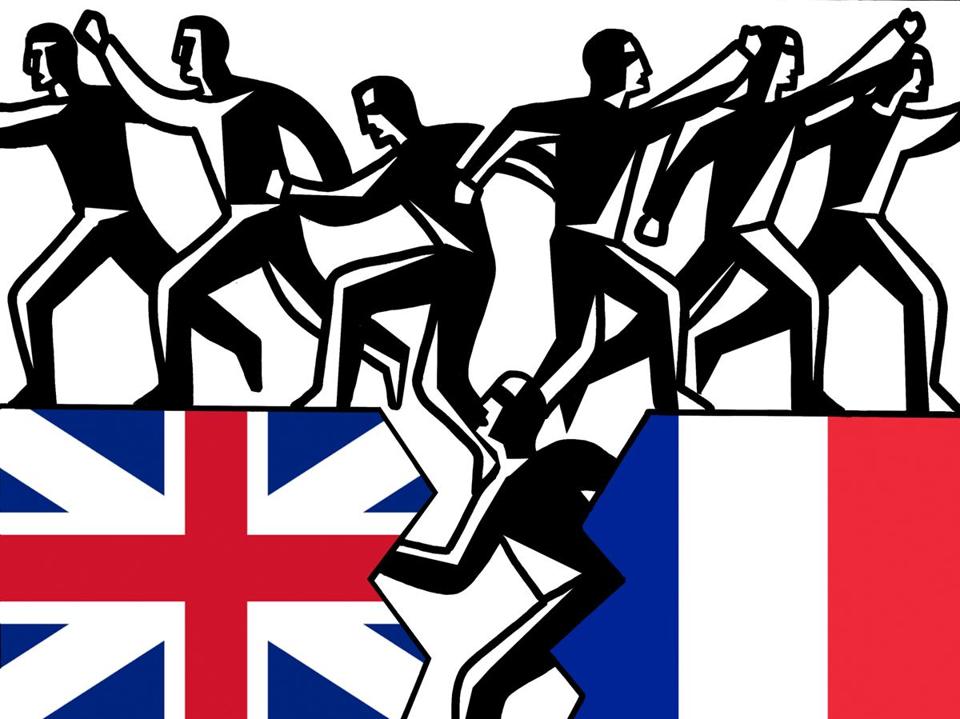 EUROPE IS shaking with intensifying conflict between traditional populations and people whose families emigrated from abroad. France and Britain, two countries with long traditions of tolerance and stability, have been hardest hit. Violent Islamic militants have emerged in both countries and built followings that threaten to upset national life.

It is no coincidence that during the Golden Age of colonialism — from about the mid-19th to mid-20th centuries — France and Britain were the most rapacious conquerors. Much of France’s wealth was squeezed from the sweat of colonized people from Polynesia to Senegal. Britain prospered by suppressing and exploiting inhabitants in a global empire over which the sun never set. If these and other European powers had not crashed into countries around the world and sown the seeds of hatred, those seeds would not be flowering into the poisonous weeds that are now spreading across Europe.

For a long time the colonial enterprise was lavishly profitable. Imperial powers in Europe extracted vast amounts of wealth from weak countries. When the adventure finally ended — Britain gave up India in 1947, France lost Vietnam in 1954 and Algeria in 1962 — all still seemed well. It was assumed that sins of the past would be forgotten, and that countries that committed them would move painlessly into a new era.

One legacy of empire, however, was the more or less free admission of former colonial subjects to the motherland. This immigration greatly enriched both French and British societies. It also brought the seeds of future strife. Cultural conflicts set in motion by colonialism have spiraled into anger and violence.

The two brothers who massacred cartoonists and editors at the French magazine Charlie Hebdo last month were of Algerian descent. So was the gunman who killed seven people in the Toulouse area two years ago. All were born in France to parents who lived through the savage French-Algerian War. Without that war, or without France’s colonization of Algeria, it is unlikely that any of them would have made their way to France.

In Britain, the 11 men arrested last year as they planned suicide bombings were from Pakistan — which Britain ruled for generations as part of India. The hatemongering British cleric Anjem Choudary, whose latest outrage was blessing the recent immolation of a Jordanian pilot in Syria, is also of Pakistani descent. Britain’s other leading Islamic radical, Abu Hamza, who was extradited to the United States and sentenced last month to life in prison for terrorist crimes, was born in Egypt, which Britain dominated for more than 70 years.

Many factors, personal as well as political, shape the twisted terrorist mind. Religious fanaticism and resentment over social exclusion are among the most potent. Nonetheless the legacy of colonialism lurks behind the current wave of violence in Europe.

This legacy has not plagued every former colonial power. Belgians massacred Congolese by the millions, but no Congolese terror group has emerged to take revenge. Portugal has not been hit by terrorist “blowback” for its depredations in Angola and Mozambique. Yet the existence of large groups of immigrants from formerly brutalized lands can easily lead to conflict.

Many people in the former imperial powers were barely aware that those immigrants arrived with deep beliefs of their own. They presumed their new citizens would quickly see the superiority of European values — and abandon their own. That meant there was no urgent reason to care for their welfare or help them integrate.

Cast adrift in unfamiliar and sometimes hostile societies, some of these immigrants — or their children — have become outraged at what they see as Europe’s hypocrisy. They connect that hypocrisy to past European claims that their colonial invasions and occupations were aimed principally at “civilizing” the people they oppressed. If France, Britain, and other European countries had resisted the imperial temptation — if they had never sent armies to places like Syria, Iraq, India, or North Africa — they would not be facing the terror that afflicts them today. History does not always punish aggressors quickly, but one day, long after the truly guilty have passed from the scene, the punishment may come.