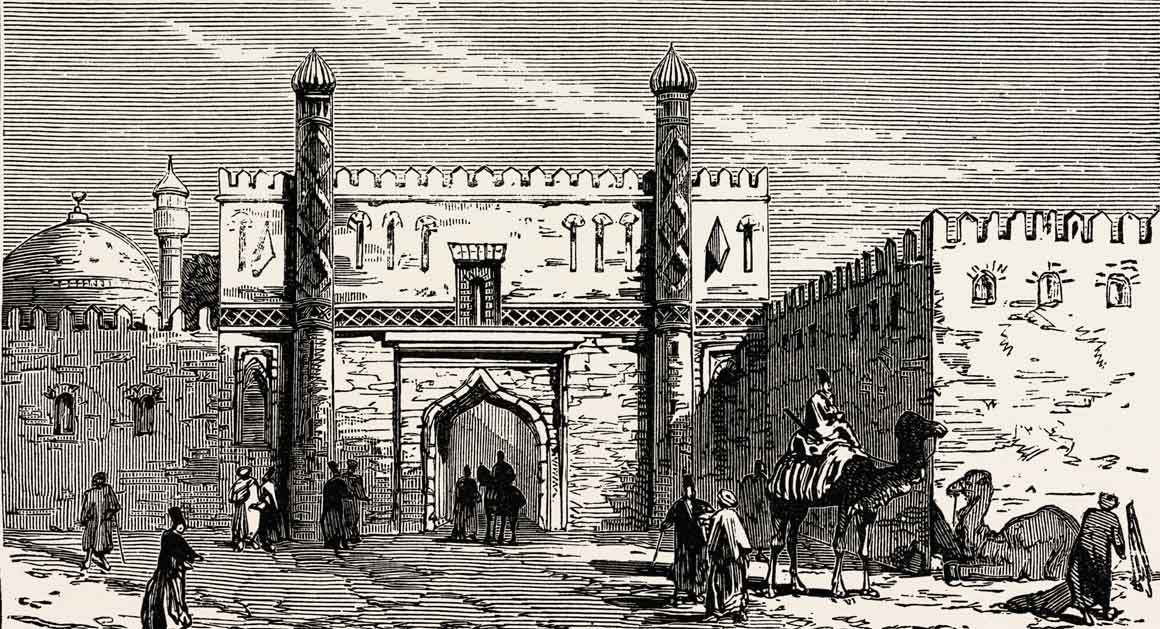 How the long-forgotten story of a minister’s son from Nebraska could remind Tehran and Washington of a common heritage.

A few weeks ago I led two dozen Americans on a pilgrimage to the Iranian city of Tabriz, where we visited the grave of the only American who gave his life for the cause of democracy in Iran. History has largely forgotten the sacrifice of Howard Baskerville, but it has new resonance as our two countries move toward ending their long hostility. Baskerville died in Iran in 1909; at the graveyard, the caretaker told me we were the first large group to visit since the cemetery was quietly opened to the public a couple of years ago.

Baskerville was an American original. He was brave, pious and idealistic. His death 106 years ago caused great commotion in Iran, and he was hailed as a hero. Now is the ideal time to rediscover him. His blood sealed a tie between Americans and Iranians who believe in freedom.

Baskerville’s story reminds us how much the United States and Iran have in common, as well as what later drove them apart. He watched Iran begin its march toward democracy more than a century ago. As that march was about to reach its goal in the early 1950s, the United States intervened on the side of autocracy, quietly backing the coup that ousted democratically elected Prime Minister Mohammad Mosaddegh. Later U.S. support of the shah helped provoke the Islamic revolution of 1979, which was driven partly by mistrust of the “Great Satan.”

Recalling Baskerville’s sacrifice thus should pull our two countries back toward the path of cooperation, pluralist democracy, and mutual respect.

Baskerville was a minister’s son from the Midwest, born in North Platte, Nebraska, and brought up in North Dakota. He enrolled at Princeton University and was deeply impressed by lectures about democracy that he heard from his favorite professor, Woodrow Wilson. By the time he graduated with the Class of 1907, he had decided that he was not ready to settle into the life of a parish preacher. Instead he sought a foreign mission. When offered a chance to teach school in Tabriz, he jumped at it.

Tabriz, in northwestern Iran near the Turkish and Russian borders, must have seemed impossibly exotic to a small-town boy like Baskerville. Nonetheless he plunged into his work, teaching history, geometry and English, coaching tennis and horseback riding, and even directing a student production of The Merchant of Venice. Iran was in political turmoil, however, and Baskerville could not confine his interests to the school.

The year before Baskerville arrived in Tabriz, Iranians had launched their epochal Constitutional Revolution and inaugurated their first parliament. Royalists fought back. On June 3, 1908, their forces bombarded parliament, killing several deputies, and decreed the end of constitutional rule. Quickly they suppressed democratic forces—except those in Tabriz. This stirred Baskerville’s deepest emotions.

During the spring of 1909, Baskerville forged several dozen of his students, along with other friends, into a volunteer militia. “I cannot watch calmly from a classroom window as the people of this city fight for their rights,” he told a school assembly. Soon afterward he was invited to address commanders of the Tabriz defense force. He gave a rousing speech in which he declared his willingness to die for “the defense of constitutional liberty,” and then sang a chorus from his favorite song, “My Country ‘Tis of Thee.” This brought a stern warning from the American consul, who told him he had “no right to interfere in the internal politics of this country.”

“I cannot remain and watch indifferently the sufferings of a people fighting for their rights,” Baskerville replied. “I am an American citizen and proud of it, but I am also a human being.”

Royalists were besieging Tabriz, and hunger and disease were taking a deadly toll. At dawn on April 19, 1909, Baskerville led his little band on a dangerous mission aimed at finding gaps in the siege line. As they passed through the city wall, he was shot and killed.

Tabriz was shocked. Thousands of people lined the street as his body was brought to the Christian cemetery, on a bier covered with 16 floral wreaths. A leader of the resistance movement offered a touching tribute: “Young America, in the person of young Baskerville, gave this sacrifice for the young Constitution of Iran.” Tabriz fell to royalists soon afterward, but the tide later turned again, and parliament was reinstated.

For years afterward, Baskerville was hailed as a national hero and symbol of Iranian-American friendship. During the Pahlavi dynasty he was largely forgotten; the Pahlavis were evidently not interested in honoring anti-royalist fighters. Mullahs who seized power in 1979 were even less willing to promote an American hero, and went so far as to close the cemetery where he is buried. It was recently reopened without fanfare, perhaps a symbol of changing attitudes in Iran’s ruling class.

The unmarked cemetery lies behind a mural-covered wall on South Shariati Street near the center of Tabriz. My friends and I arrived full of anticipation. We were admitted by the custodian, who had been advised that we were coming. The cemetery is overgrown, and we waded through high grass to a moss-covered grave on which the martyr’s name is still clearly visible. We gathered around it, laid our hands on it, and said silent words. “Baskerville,” I wanted to cry out, “we have returned!”

During Baskerville’s time and for decades afterward, Iranians idealized Americans. The only ones they knew were doctors, schoolteachers and others who devoted their lives to serving Iran. But attitudes changed when in 1953 the CIA helped depose Mossadegh, who favored nationalizing Iranian oil. That naturally stoked anti-American feelings. They intensified as the United States became the principal supporter of Mohammad Reza Shah Pahlavi’s dictatorship during the 1960s and 70s.

Anger at the United States not only helped drive the revolution in which the Shah was deposed in 1979, it also set off the anguishing hostage crisis in which American diplomats were held captive in Tehran for 444 days. Over the 35 years since then, hostility between the United States and Iran has become an institution of global politics.

Nonetheless Iranians today are remarkably pro-American. Some we met gasped for joy when we told them we were Americans, and pulled us close for selfies. This young population—average age just 25—is eager not just for engagement with the West, but specifically with the United States. That makes Baskerville, who was 24 when he died, an intriguing hero for today.

Secretary of State John Kerry has never mentioned a desire to visit Iran, but if the nuclear accord begins to take hold, that would be a magnificent cap to his great achievement. In my fantasies I imagine him visiting Baskerville’s grave. It would be a way of showing solidarity with Iran’s democratic movement without angering his hosts—but some in the United States might object. Honoring Baskerville, they would say, suggests that the United States now approves of citizens who travel abroad and fight in foreign wars. These days, that might be considered a wrong message to send.

Whatever the State Department decides, ordinary Americans can consider Baskerville a hero. Iranians do—at least those who still know of him. His portrait and a larger-than-life bronze bust hold places of honor at Constitution House in Tabriz, where the story of the 1909 conflict is told. Now it is Americans’ turn to rediscover him. The nuclear accord may be seen as a long-delayed tribute to his memory. He deserves a place in our pantheon.

Stephen Kinzer is a visiting fellow at the Watson Institute for International Studies at Brown University. His books include “All the Shah’s Men: An American Coup and the Roots of Middle East Terror” and “Reset: Iran, Turkey, and America’s Future.”