Published by Stephen Kinzer on October 2, 2018 | Leave a response 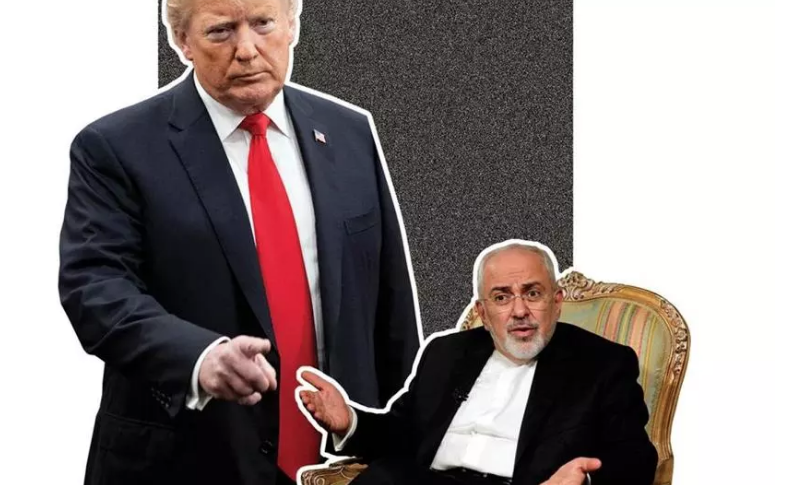 HUNDREDS OF DIPLOMATS from around the world converged on New York this past week for the opening of the United Nations General Assembly. One had a tougher job than all the others — the world’s most challenging diplomatic assignment. Foreign Minister Mohammad Javad Zarif of Iran is today’s David facing the American Goliath. In this confrontation, as in the Bible, the odds favor Goliath

American leaders are threatening Iran in terms more vituperative than any the United States has ever used against a sovereign nation. To accompany their threats, they have embarked on the harshest campaign of economic sanctions in modern history. Their demonization of Iran wildly exceeds the bounds of reason and geopolitical reality. Fate has given Foreign Minister Zarif the daunting task of foiling a global campaign aimed at bringing his country to its knees and forcing it to submit to American power.

Many senior officials in Washington do not see Iran as a geographical or political entity. To them it is our era’s embodiment of the violent barbarism that has threatened civilization ever since the Visigoths sacked Rome. For much of the last century, we called that nihilistic force “communism.” Then it became “terrorism.” Now it is “Iran.” By portraying Iran as an irredeemable font of evil, we justify the most monstrously misconceived assault on a foreign nation since our invasion of Iraq fifteen years ago

American sanctions are intended to starve the Iranian economy by forcing every business in the world to stop trading with Iran. Any that refuse, we warn, will be forbidden to operate in the United States. We are also insisting that Iran dismantle the missile defenses that are its main deterrent against attack; embrace Israel, its most persistent enemy; stop aiding governments that request its help, like those of Syria and Iraq; end its support for Palestinian rights; and cut off payments to militias in other countries that are fighting ISIS and al-Qaeda.

In short, we demand unconditional surrender. Zarif’s job is to turn back this tsunami. He is as well prepared for the job as any Iranian.

Zarif left Iran at 17 to attend prep school in California. He went on to earn degrees in international relations at San Francisco State University and the University of Denver. Later he became Iran’s ambassador to the United Nations, and in 2013 was named foreign minister. During the six-nation talks that produced the 2015 accord restricting Iran’s nuclear program, he led Iran’s negotiating team. Not even these years of experience, however, prepared him for what he now faces.  Nothing could have.  No diplomat in modern history has had to deal with a multi-faceted challenge like this one.  If he fails, his country, which has existed for 10 times longer than the United States, could collapse.

When President Trump addressed the UN on Tuesday, he denounced the country he called “the world’s leading sponsor of terrorism.” He asserted that its leaders have “embezzled billions of dollars from the treasury,” and that they use their power to “spread mayhem across the Middle East” and “fund havoc and slaughter in Yemen and Syria.” All of that is true — if the country in question is Saudi Arabia.

Every serious study of global terrorism in the 21st century concludes that most of the money supporting al-Qaeda, the Taliban, ISIS, and like-minded gangs comes from Saudi Arabia. It is no accident that Osama bin Laden and most of his 9/11 hijackers were Saudi. No other country, not even Pakistan, has sponsored terror as relentlessly as Saudi Arabia.

The only way to portray Iran as a terrorist state is to define terror as opposing American power. That is Iran’s true sin. Trump’s national security adviser, John Bolton, made this clear when he warned Iran: “If you cross us, our allies or our partners; if you harm our citizens; if you continue to lie, cheat, and deceive, yes, there will indeed be hell to pay.”

That hell would include the imposition of a deranged totalitarian cult, the Mojahedin-e Khalq, as Iran’s next government. It is an exiled group that’s widely hated in Iran — not surprisingly, since it has assassinated Iranian leaders and sided with Iraq in the Iran-Iraq War of the 1980s. Among this cult’s most vocal supporters is Trump’s lawyer, Rudolph Giuliani. In a speech to one of its support groups in New York last week, Giuliani declared that the overthrow of Iran’s government “could be in a few days, months, a couple of years — but it’s going to happen.”

Zarif’s job is to persuade the world to rebel against Trump’s dictates. He has already had some success, notably in India, China, Russia, and Turkey. The most difficult diplomatic nut to crack will be the European Union. Zarif made progress this week. After he met with EU foreign policy chief Federica Mogherini, she announced that Europe would establish a “legal entity” allowing businesses to sidestep sanctions on Iran. Secretary of State Mike Pompeo said he was “disturbed and indeed deeply disappointed” by the move, but its scope is still unclear.

A European break with the United States on an issue so dear to Washington’s heart would be a spectacular breach of the trans-Atlantic alliance that has undergirded American foreign policy for 70 years. Zarif must convince Europeans that making this break would be in their long-term interest. That may be too much to expect even from such an evidently gifted diplomat.

Stephen Kinzer is a senior fellow at the Watson Institute for International and Public Affairs at Brown University.