Boston Globe: ‘Sending US troops to fight ISIS will end in failure’ 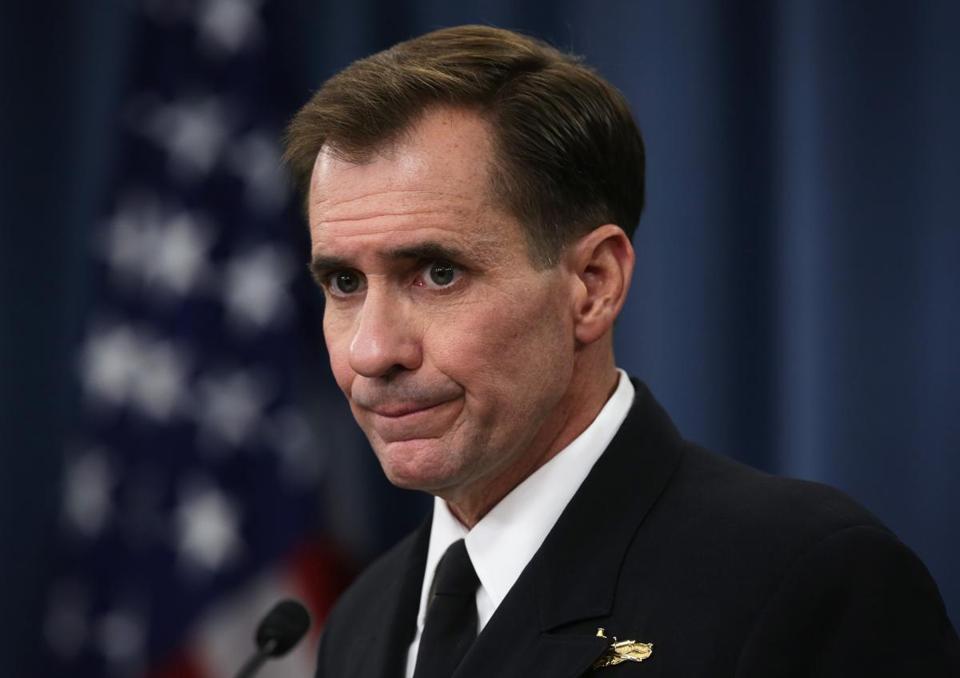 HOW WONDERFUL that the United States wants to help victimized people in Iraq and Syria! We played no small role in casting their region into its present chaos, so trying to repair some of the damage makes sense. But sending more American troops there, as President Obama did last week, will repair nothing. It will do the opposite: prolong the war, guarantee more human suffering, and serve the interests of the Islamic State and our other extremist enemies.

Most American interventions in the Middle East over the last half-century have been aimed at resolving problems created by previous interventions. This one fits the pattern perfectly. It is not “a completely different game,” as Admiral John Kirby claimed in announcing the new deployment. It is the same old game. Washington remains gripped by the astonishingly durable fantasy that there is a military solution to problems afflicting the Middle East. In fact there is none. It is time to break the cycle of intervening, withdrawing, and then returning to clean up the unexpected mess.

Americans, like everyone else in the world, wish to be rid of enemies. We are led to believe that we command the world’s most powerful army. So the solution seems obvious: use the powerful army to crush the enemy. According to last week’s announcement, our troop strength in Iraq is to be doubled to 3,000, and we will spend $5 billion to fight there over the next year. With that commitment of soldiers and cash, we hope to accomplish what we failed to accomplish in Iraq a decade ago while spending $60 billion per year and fielding a force of more than 150,000. Only willful self-deception allows us to imagine that such an enterprise can succeed.

Although we will hear various euphemisms in the coming months, this is a new war. American soldiers are headed for the battlefield and will fight back if attacked. American planes are firing missiles at human targets every day. After the recent escalation was announced, a White House aide was quoted as saying, “The mission is not changing.” That was a howler on a level with Donald Rumsfeld’s declaration that our last invasion of Iraq had “literally nothing to do with oil.”

By cleverly using grotesque theatrics, the Islamic State seems to be achieving its goal of luring the United States back into war. It knows that the presence of American soldiers in the Middle East will attract more radicals and misguided idealists to its cause. For many of these young men and women, fighting Kurds or Shiite militias may not seem especially glorious. To face the mighty United States on Middle Eastern soil, and if possible to kill an American or die at American hands, is their dream. We are giving them a chance to realize it. Through its impressive mastery of social media, the Islamic State is already using our escalation as a recruiting tool.

This war is doomed to failure. We do not know the territory where we will be fighting. Many Iraqis and Syrians fear, mistrust, or hate us. Our putative allies are not reliable — nor should they be, since “reliable” implies putting American interests ahead of their own. By fighting, we extend the war we say we want to stop. We may even attract terrorist retaliation.

Americans should finally give Middle Easterners a chance to shape their own future. We have a moral and strategic duty to help them — but through an intense political and diplomatic effort, not by fighting. Over the past couple of years we have all but ignored this option. We set so many conditions for discussions among warring factions in Syria that we were never even able to entice them to the table. Instead of sending more troops and more billions of dollars, we should drop our shortsighted refusal to negotiate with powerful countries and factions without whom these conflicts can never be settled.

The Islamic State is a brutal force that poses a serious threat to Iraq and Syria. In the months and years ahead, it will either become more moderate or be defeated by local uprisings. Neither will happen immediately. A period of terror may well lie ahead for some Iraqis and Syrians. That is awful, but the US Army is no solution. Our own history shows that nations, cultures, and civilizations emerge from conflict. Only Middle Easterners can stabilize the Middle East. Our new war prevents them from doing it.