Published by Stephen Kinzer on December 21, 2015 | Leave a response 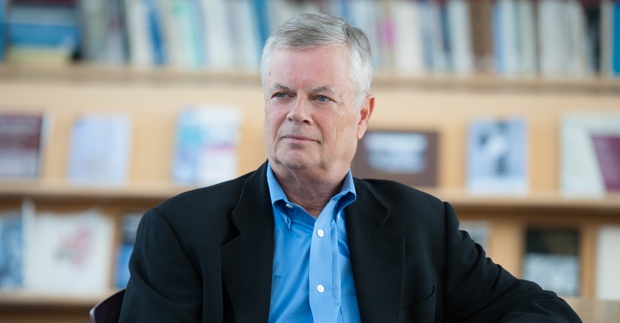 Stephen Kinzer is a veteran New York Times correspondent, author, and academic. He has filed stories from over 50 countries, and served as the chief of the New York Times bureau in Istanbul from 1996-2000. Kinzer is currently a Senior Fellow at the Watson Institute of International Studies at Brown University.

What is the best way to go about securing US national interests in the international sphere? What role does military intervention play?

We should be prudent and careful when dealing with the rest of the world. We have to protect our vital interests, but we should define our interests narrowly. Intervention is appealing for countries like the United States that have so many interventionist tools available. We have a variety of covert action possibilities, plus the world’s most powerful military. This…leads us to abandon reliance on diplomacy and other more productive tactics. Intervention can often bring us quick victory because we are so powerful, but quick victory is not true success. You only have true success when you have a sustainable outcome, and military instruments cannot produce that. Interventionist policy creates reaction and blowback. Sometimes it takes years, decades, or generations for the final results of an intervention to become clear. We forget about these interventions, but their memories fester and burn in the minds and hearts of the people of other countries.

You served as the New York Times’ bureau chief in Istanbul from 1996-2000. What are your thoughts on the results of the recent Turkish elections and the future of Turkish politics?

The elections showed, above all, that people want stability even under autocracy. It became clear to Turks that by voting for opposition parties, they would be opening the door to a coalition government and that parties would be fighting. I think many voters decided that it is better to have a unified stable regime under a repressive autocrat than instability. People in Turkey can remember having their entire life savings wiped out overnight because some idiots in parliament had an argument. Although I am no fan of the Erdoğan government, I can appreciate what led to his party’s dramatic increase in votes in the general election.

How should America’s relationship with Turkey proceed given their implicit support of ISIL on several occasions and their actions to weaken the American-backed Kurdish forces in Syria?

The United States has gotten itself into an odd situation regarding allies in the Middle East. A number of our allies and partners are “frenemies.” We have Turkey, Saudi Arabia, [and] Pakistan, just to name three. These are countries that have defined their security interests very differently from ours. We should not be partners with countries whose long-term strategic interests are very different from our own. We are walking a fine line with Turkey; on the one hand, we don’t want to alienate Turkey because it is our NATO ally, but on the other hand, Turkey is definitely working against our interests in Syria. While we need Turkey to support our strategic goals in Syria, the problem is that we do not have any strategic goals in Syria. If we do not know what they are, how can we ask other people to support them? We are against everybody in Syria — the Assad government, Iran, Russia, ISIL, and Al-Nusra. We haven’t figured out who we are for. If we want someone to get on our side, we should first figure out what side we are on ourselves.

What if there is no side we should support?

I am generally in favor of that policy. I don’t think we need to have a favorite in every fight in the world.

The idea that increased military intervention would have reduced the scope of the conflict seems contradictory to me. A no-fly zone is a difficult proposition…It is an offensive military operation. You need to bomb every aircraft and every anti-aircraft facility in the area. You have to control the air, which means you have to suppress everything that can obstruct your control. You have to have troops on the ground to guard that perimeter because forces on the outside will be pushing against it. The idea that a no-fly zone is simply defensive is a great mistake. It is a way to drag a country into a big military morass. The United States did make a mistake at the start of the Syrian conflict, however, which I think greatly intensified it. At the very beginning we announced that Assad must go. We decided that we would not negotiate with anybody who did not already agree with this decision before negotiations began. That meant that we were never able to negotiate with Iran or Russia. It is axiomatic that you never resolve a war by negotiation unless all the parties involved in the war are present at the negotiations. By our Assad-must-go policy, we encouraged Syrians to pursue an extreme solution and not seek a mediated solution. What we should have done at the beginning was try to negotiate with all parties and seek a solution that could have been acceptable to the regime.

How do you think Hillary Clinton performed as secretary of state? What do you think the effects of her foreign policy will be if she’s elected president?

I can’t point to a single accomplishment of Hillary Clinton’s as secretary of state. She travelled many hundreds of thousands of miles and gave many speeches, but I don’t think Hillary Clinton left a mark on American foreign policy. She is very much a Cold War product, a believer in military power, a believer in the us-versus-them view of the world, a believer in American exceptionalism and the view that the United States is the “indispensable nation.” I suspect that the United States would be more interventionist under a Clinton presidency than it is now, and I find that disturbing.