Limit US armed forces to support, defense, and disaster relief

Published by Stephen Kinzer on October 26, 2014 | Leave a response 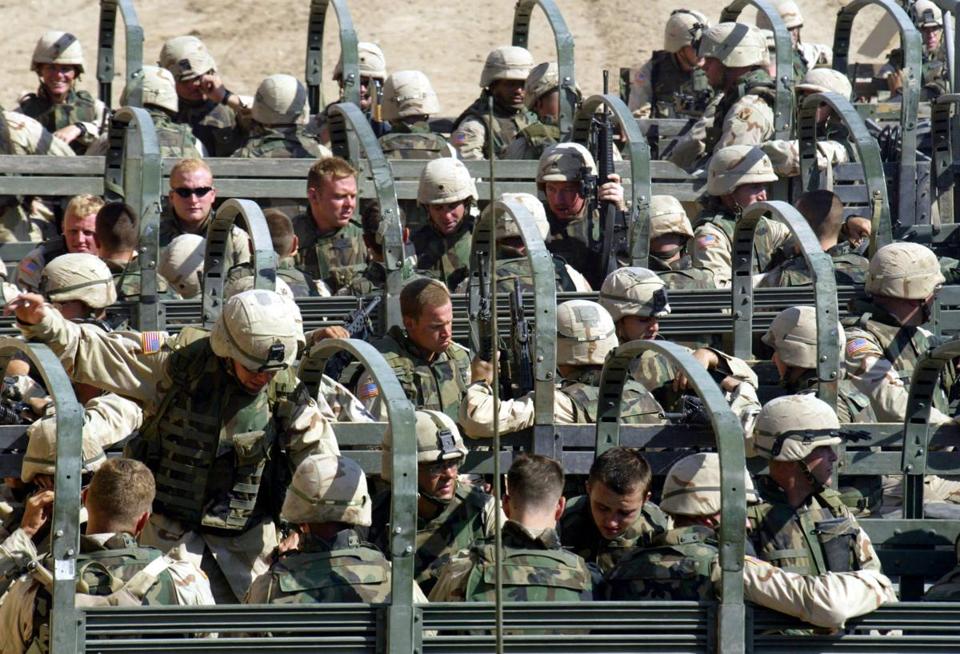 OVER THE past half-century, American leaders have sent soldiers to fight a series of faraway wars. The balance is grim. We lost all three of the supposedly vital wars we fought — in Vietnam, Iraq, and Afghanistan. Our only clear victory was over the Caribbean islet of Grenada.

The world is changing in ways that make our lumbering, top-heavy military increasingly obsolete. We should accept the fact that it is ill-equipped to win foreign wars — and realize that this is probably a good thing. The conflicts we will face in the future cannot be won with massive ground operations like the ones our army mounts so well. Victory in those conflicts will depend on the kind of deep local ties that we don’t have in most of the world.

Future presidents may reject this sobering reality and continue fighting wars that sap our strategic power. If, however, they were to stop ordering our armed forces to crash into other countries, what would the armed forces do? They could to be slimmed down to perform just three basic tasks.

The first would be one we already do reasonably well: support allies. Where the United States has made military commitments, especially in Europe, we must keep them. Arguing about whether we erred in pledging to defend certain Central European countries is intriguing only as an abstract exercise. Our commitment to NATO is binding — so long as NATO limits itself to defending Europe and is not again used as a cover for war-fighting in other regions.

Even more important than defending our allies is defending ourselves. The United States needs a highly trained, combat-ready force for homeland defense and other emergencies. This should be strictly a war-fighting machine, free from distractions like nation-building and dedicated to doing what armies are supposed to do: kill people and break things. It would be perilous to ignore the need for this kind of core elite.

Using the military only to defend our territory and that of our allies, however, would be missing a tantalizing opportunity. Our armed forces have not done well in the war-winning business, but they are better equipped than any power on earth to provide quick and far-reaching help whenever disaster strikes or large numbers of people suddenly need help. We can take advantage of this impressive capacity in ways that will ease human pain while serving our security interests.

Navy Seabees are famous for their ability to build bridges, airstrips, and bases in remote places. The army can turn a barren plain into a sprawling refugee camp, complete with electricity and running water, in a matter of days. Today in West Africa, several hundred American soldiers are at work building Ebola treatment centers.

These efforts are mostly one-time operations. They only hint at our military’s remarkable readiness, discipline, lift capacity, and skill at long-range deployment. In the years ahead, demand for this kind of ultra-rapid-response will rise. Plagues ranging from sectarian conflict to weather catastrophes will produce crises that cry out for help only the US military can provide. This should become the third and most active component of our armed forces.

A unified force trained and equipped to descend into emergencies would allow a president to order deployment in a matter of hours. It would mean that instead of gearing up to send 3,200 soldiers to Liberia over the next month, as we are now doing, we could have 10 times that number on the ground already, carrying supplies, medics, and self-contained hospitals. To be this ready, we would need to keep several brigades trained and alert, with a fleet of aircraft packed with whatever is needed to deal with fire, flood, plague, or asteroid impact. That would be costly — but not nearly as costly as the massively wasteful military arsenal we now maintain to protect ourselves against yesterday’s threats.

Because these deployments would be designed to help suffering people, they would certainly qualify as charitable. They would also strengthen our national security. Dealing with human emergencies where they happen is good for us because it reduces the chances that after-effects will spill over into our country. Perhaps even more important, the sight of American soldiers doing this kind of work on a sustained basis will steadily improve our moral standing in the eyes of the world. Anger that has been aimed at us in the wake of Iraq, Abu Ghraib, and Guantanamo has palpably weakened our security. Showing how impressively our military power can be used for good would strengthen it.