Published by Stephen Kinzer on January 25, 2017 | Leave a response 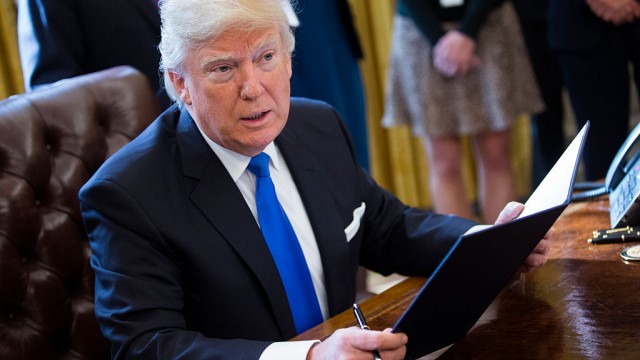 For every American president, the challenge of foreign policy boils down to a single word: intervention.

Where, when and how should the United States intervene in the affairs of other countries? Do we more effectively shape the world by setting out to redeem and pacify it, or by tending to our own affairs and allowing other countries to work out their own destinies?

Past presidents had to face these questions as they decided whether to intervene in countries from Cuba to Vietnam to Iraq. President Trump must decide how aggressively he will intervene to shape events in the Middle East, Central Europe and East Asia.

Members of Congress will try to push him in various directions. But although these debates will be intense, no argument on either side will be new. For more than a century, every debate over foreign intervention has been repetition. All are pale shadows of the first one.

In the history of American foreign policy, this is the mother of all debates.

On January 4, 1899, the Senate began a 32-day debate over what Senator William V. Allen of Nebraska called “the greatest question that has ever been presented to the American people.” It was arguably even more far-reaching than the debate over slavery, because its outcome affected not just one country, but the entire world.

The question was straightforward: should the Senate ratify the Treaty of Paris, by which the US would annex the Philippines and other former Spanish territories, and thereby set out on the path toward imperial power?

This debate gripped the United States. The country’s best-known political and intellectual leaders took sides. Only once before — in the period when the United States was founded — have so many brilliant Americans so eloquently debated a question so fraught with meaning for all humanity.

Senator Henry Cabot Lodge argued that when Americans intervene to shape the destinies of foreign peoples, we “give to those people more freedom, peace, and self-government than they could possibly get in any other way.”

That outraged the other Republican senator from Massachusetts, George Frisbie Hoar. “You have no right at the cannon’s mouth to impose on an unwilling people your Declaration of Independence and your Constitution and your notions of freedom and notions of what is good!” he cried in reply. This exchange framed, for the first time, the central question of our foreign policy.

The outcome of the 1899 debate was close. Senators ratified the Treaty of Paris by just one vote more than the required two-thirds. The U.S. moved quickly to seize its first overseas territories: the Philippines, Guam and Puerto Rico.

Later the Supreme Court ruled in a 5-4 decision that rights guaranteed under the U.S. constitution need not be granted to people who lived in those territories, since they were not ready for “Anglo-Saxon principles.” That set the U.S. on the path toward overseas empire and, half a century later, global empire.

Yet this debate is far from resolved. Presidents from Theodore Roosevelt to Obama have struck their own balances between imperialism and isolationism. President Trump will have to do the same.

During his presidential campaign he said that the U.S. should “stop racing to topple foreign regimes.” Some of his closest advisors, however, consider “regime change” a reasonable policy. The debate that is likely to emerge within the new administration reflects the divided American soul.

Our enthusiasm for foreign intervention seems to ebb and flow, like the tides, or swing back and forth like a pendulum. At some moments we are aflame with righteous anger. Confident in our power, we launch wars and depose governments. Then, chastened, we retreat — until the cycle begins again.

America’s interventionist urge, however, is not truly cyclical. When we love the idea of intervening abroad and then hate it, we are not changing our minds. Both instincts coexist within us.

Americans are imperialists and also isolationists. We want to guide the world, but we also believe every nation should guide itself. At different times, according to circumstances, these contrary impulses emerge in different proportions. Our inability to choose between them shapes our conflicted approach to the world.

The two sides in this debate represent matched halves of the divided American soul. Should the United States project power into faraway lands? Yes, to guarantee our prosperity, save innocent lives, liberate the oppressed and confront danger before it reaches our shores! No, intervention drains our treasury, brings suffering and creates enemies! This debate has shaped every presidency over the last century. It will soon convulse Washington once again.

Stephen Kinzer spent more than 20 years working for the New York Times, most of it as a foreign correspondent. He is now a senior fellow at theWatson Institute for International and Public Affairs at Brown University. His new book is “The True Flag: Theodore Roosevelt, Mark Twain, and the Birth of American Empire.”