“A secret history, enriched and calmly retold; a shocking account of the misuse of American corporate, political and media power; a shaming reflection on the moral manners of post imperial Europe; and an essential allegory for our own times.” —John le Carré 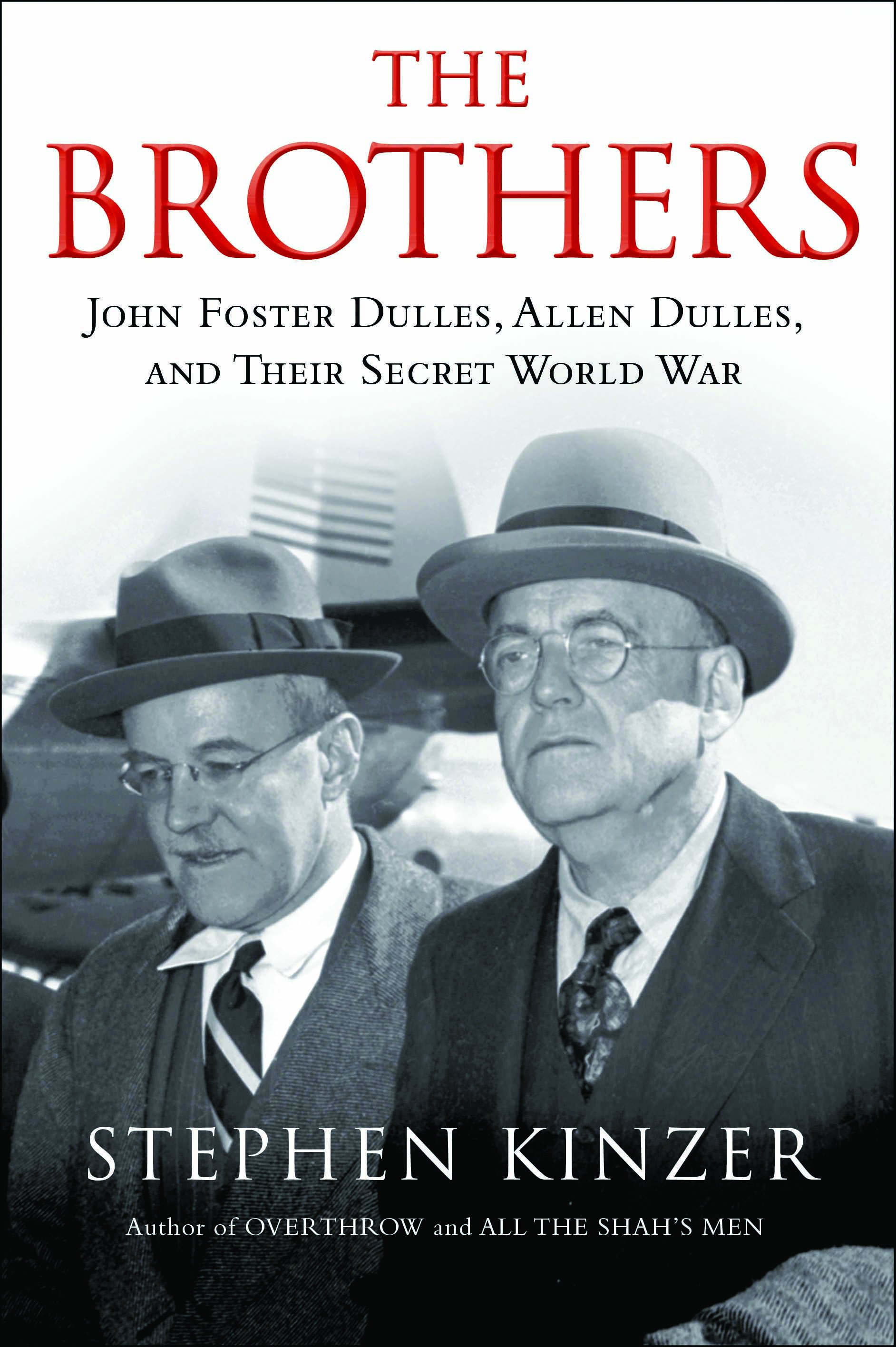 The Brothers explores hidden forces that shape the national psyche, from religious piety to Western movies—many of which are about a noble gunman who cleans up a lawless town by killing bad guys. This is how the Dulles brothers saw themselves, and how many Americans still see their country’s role in the world.

Order it from your local bookseller, or from Amazon at:

“The Dulles brothers, one a self-righteous prude, the other a charming libertine, shared a common vision: a world run from Washington by people like themselves. With ruthless determination, they pursued, acquired, and wielded power, heedless of the consequences for others. They left behind a legacy of mischief. Theirs is a whale of a story and Stephen Kinzer tells it with verve, insight, and just the right amount of indignation.”

“Kinzer tells the fascinating story of the Dulles brothers, central figures in U.S. foreign policy and intelligence activities for over four decades. He describes U.S. efforts to change governments during this period in Iran, Guatemala, Vietnam, Cuba, and other countries in exciting detail.”

“As someone who reported from the Communist prison yard of Eastern Europe, I knew that the Cold War really was a struggle between Good and Evil. But Stephen Kinzer, in this compressed, richly-detailed polemic, demonstrates how at least in the 1950s it might have been waged with more subtlety than it was.”

—Robert D. Kaplan, author of The Revenge of Geography

“A disturbing, provocative, important book. Stephen Kinzer vividly brings the Dulles brothers, once paragons of American Cold War supremacy, to life and makes a strong case against the dangers of American exceptionalism.”